Statelessness is not a new problem for Syria. Before the current crisis there were stateless individuals in Syria due to gaps in the application of the nationality law or individual loss or deprivation of nationality. As of the end of 2015, UNHCR estimated that there were 160,000 stateless persons in Syria. However this figure does not include the Palestinians in the country (of whom there are approximately half a million). This section explores the profiles of the main groups of stateless persons in Syria: 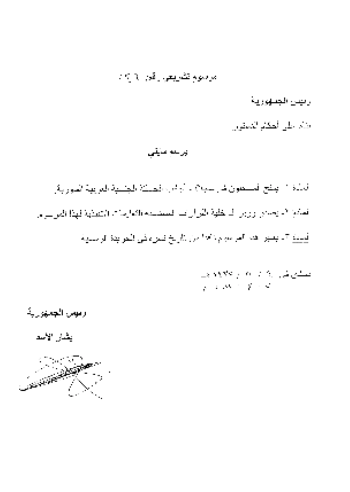 How many: There is no exact data on how many stateless Kurds lived in Syria prior to the conflict, but the number was estimated to be between 160,000 and 300,000.

Why are they stateless: The presence of a stateless Kurdish population in Syria dates back to Jazira census in 1962. This government census required those who lived in the northern area of Alhassaka to register and provide documentary evidence that they had been living in the area since the 1920s. As a result of this census the Kurds who lived in this area were split into three:

This status was hereditary, so the descendants of the Ajanib and Makoum Kurds inherit their statelessness. However, stateless Kurds are a minority of the Kurdish population in Syria. The stateless Kurds had, before the conflict, taken part in many protests calling for recognition of their right to nationality.

What was their human rights situation in Syria: Due to the persistent discrimination, stateless Kurds are likely to be more impoverished than the average Syrian. Access to education was widely reported to be problematic for this community, particularly Maktoum Kurds, which is likely to have resulted in substantially lower education levels.

Why are they stateless: Many Palestinians had fled to Syria as refugees since 1948. Palestinian refugees are excluded from naturalising as Syrian nationals (despite their long-term residence in the country), in accordance with the Casablanca Protocol, in order to protect their right to return to Palestine.

What was their human rights situation in Syria: In general, Palestinians in Syria had access to many rights, for example the rights to education and healthcare, employment, own businesses and travel freely throughout Syria. Palestinian refugees in Syria do not have the right to vote or stand for election, and there is a restriction on the amount of property and arable land they can buy. Palestinians have their own documents such as a specific ID for Palestine refugees and the Palestinian Travel Document – a document issued by Syria to Palestinians who habitually resided on the territory in lieu of a national passport, but not denoting possession of Syrian nationality. Due to the conflict many Palestinians who were habitually resident in Syria have now been displaced to neighbouring countries and beyond.

How many: Unknown, but the numbers are likely to be relatively low.

The isolated cases of statelessness include: