Civil war broke out in Syria in 2011. Since then, thousands of civilians have been killed and significant areas of the country have fallen under the control of armed non-State actors. This has caused a humanitarian disaster of colossal proportions, both inside Syria and beyond its borders. As many as 4.8 million refugees are registered in neighbouring countries and over a million have travelled to Europe. 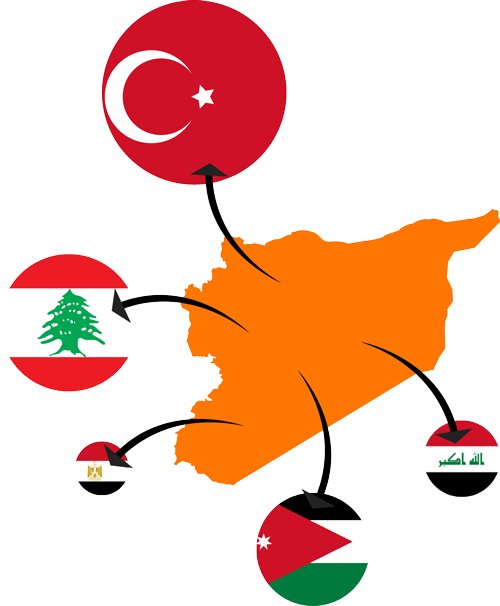 The Institute for Statelessness and Inclusion (ISI) and the Norwegian Refugee Council (NRC) joined efforts in a project to address these challenges. Our ultimate goal is to prevent new cases of statelessness among Syrian refugees, especially children, and to address any gaps in the protection of stateless refugees.

Understanding and identifying statelessness is not an easy task. With funding from NWO-WOTRO, NRC and ISI embarked on a seven-month project to deliver and disseminate knowledge about both the risk of new cases of statelessness arising among Syrian refugees and their children and the particular vulnerabilities of stateless refugees from Syria, including looking at what is and can be done to address these problems. The research was conducted from April to September 2016 and used a combination of policy and practice analysis, key informant’s interviews and validation workshops at national level in host countries. Interviews with Syrian and stateless refugees provide an empirical background and real life stories that illustrate some of the problems identified. Field research was conducted in Lebanon, Iraq and Jordan. The situation in Turkey and Egypt was assessed through key informant’s interviews and analysis of existing material. The process culminated in a regional expert roundtable that brought together stakeholders with expertise from working directly with the refugee population in the target countries and others with relevant doctrinal knowledge and international experience. The objective was to gather further feedback on the findings in order to ensure their relevance and accuracy and to collect input and suggestions on the content, structure and means of dissemination of a practical tool to identify and address statelessness related problems.

The outcome of the research is captured in the report Understanding Statelessness in the Syria Refugee Context. This report includes information that is relevant for the humanitarian community operating in the region and beyond – as well as other stakeholders – about the various population risk profiles, drivers of the problem and good practices to address them.

The findings of the report fed directly into the development of the practical Toolkit which is offered through this website. It has been designed with a view to helping civil society organisations engaged in the refugee response to better understand the intersections between their work and statelessness, and to share good practices, innovations and practical steps that they can take to ensure the effective and inclusive protection of stateless persons within humanitarian assistance programmes and contribute to the longer-term prevention and reduction of statelessness.