Examples from around the world

“I feel so bad and disappointed that I cannot protect my children […] Because they don’t have a nationality, they face a lot of problems in school and with their friends. They feel so bullied and are always put to shame.”

– Georgia, a Liberian former refugee whose children are stateless because they were born in exile (UNHCR, 2014)

Forced displacement and statelessness are interconnected phenomena on many levels. Statelessness can be both a root cause and a product of displacement. Moreover, the circumstances and consequences of statelessness also add additional layers of insecurity and vulnerability for those who have been uprooted from their homes. It is critical for organisations working on refugee issues or providing assistance to forcibly displaced populations to be aware of the ways in which statelessness can interact with displacement.

Statelessness as a root cause of displacement: The Rohingya

The Rohingya are an ethnic and religious minority in Myanmar. They are not considered to belong to Myanmar, despite having lived there for centuries. They are not recognized as nationals under the current nationality law, adopted in 1982. They have suffered from extreme and targeted human rights abuses for decades, leaving many Rohingya with no other choice than to flee the country and seek refuge abroad. Without identity papers or travel documents, the Rohingya often resort to dangerous and illicit routes to escape Myanmar. In exile, despite being in need of international protection as refugees, in many host countries the Rohingya also find themselves facing harsh conditions. Known as one of the most persecuted communities in the world, the Rohinga is an example of how persecution and violence against stateless populations can trigger forced displacement. It also illustrates that displacement does not resolve the vulnerability of stateless people – this remains with them in exile, where they await a solution. The photo essays “The Disowned and the Denied” by Saiful Huq Omi and “Exiled to Nowhere” by Greg Constantine give some insight into the plight of stateless Rohingya refugees. 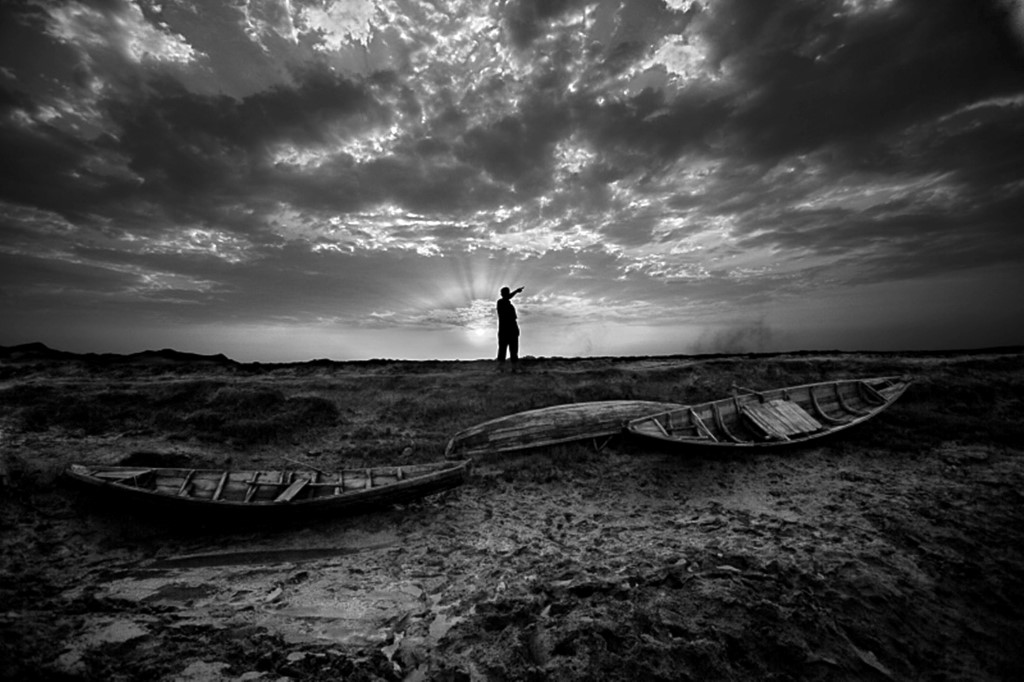 Statelessness as a result of disaplecement: Liberia's refugee children

Under the nationality law of Liberia, a child can only inherit nationality from his or her mother if born inside Liberian territory. For a child born outside of Liberia, the only way to acquire Liberian nationality is through the father. Conflict displaced hundreds of thousands of people from Liberia in the early 1990s and a second wave of refugees poured out as a result of a second civil war in the early 2000s. Liberian refugee women who had children in exile were not able to pass on their nationality. Children born to a Liberian refugee mother and an unknown father, or a foreign father who was unable or unwilling to pass his nationality on, were left stateless. In 2015, UNHCR estimated that there were more than 7,000 children who had been left without a nationality as a result of this. To resolve their situation, those children who managed to return home with their Liberian mother have to wait until they are 18 and then try to meet the costs of an expensive naturalisation process. UNHCR’s photo-essay tells the story of some of these children.

Over the course of 2015, over 1 million asylum seekers asked for protection in Europe. The largest group came from Syria, but there were a wide variety of countries of origin. According to Eurostat data, almost 20,000 of these asylum applicants were stateless and more than 22,000 were of “unknown citizenship”. Moreover, among the top 30 countries of origin were 12 countries that have either a large, existing stateless population, or a law that limits the right of women to pass nationality to their children, or both. Asylum seekers from Syria and Iraq accounted for 37.5% of all applications and both of these countries have both an existing statelessness problem and a gender discriminatory nationality law. Issues of statelessness, and the risk of statelessness for children born in displacement, are therefore part of the reality of Europe’s “refugee crisis” and may present additional challenges to ensuring an appropriate protection response.

Protracted situations of displacement can lead to loss of connection with the country of origin and increased risk of statelessness. Burundian refugees displaced by conflict in the 1970s have spent decades in exile, mainly in Tanzania. Children have been born in Tanzania, who have themselves grown into adults and had children – a second generation born as refugees. Some 162,000 refugees found themselves with an increasingly tenuous connection to their country of origin and an uncertain nationality status. Finally, to provide a durable solution to refugees who have been kept in limbo for so long, Tanzania offered the possibility of naturalisation. The vast majority were eager to take up this offer and applied for nationality, receiving notice that they had been accepted for naturalization. To comply with the prohibition of dual nationality, they renounced their Burundian nationality but the formalization of their acquisition of Tanzanian nationality was delayed and citizenship documents were not issued. Several more years of limbo followed in which the population were no longer refugees but not yet citizens and only recently are steps being taken to resolve this issue.