The nexus between statelessness and displacement exists on several levels:

Statelessness as a cause of displacement

Statelessness is often the result of discrimination and leaves people in an extremely vulnerable position. The denial or deprivation of nationality may be only one component of a larger policy of oppression or even persecution. When stateless populations find themselves subject to systematic human rights violations, they can be forced to flee their country. Often risking their lives – migrating through unlawful and dangerous routes because they lack travel documents – stateless people seek safety and security elsewhere.

In some cases, stateless communities have been directly encouraged to leave their country and, in extreme situations, even forcibly deported by the government. For example, in 1989 an estimated 75,000 black Mauritanians were denationalized and a significant number deported across the borders into Senegal and Mali where they lived for years as refugees. In situations of political turmoil, natural disaster or conflict, stateless persons may have less resources and opportunities to fall back on and this can also make them more prone to becoming displaced, including across international borders.

Refugees at risk of statelessness

The unstable and uncertain circumstances that come along with forced displacement can increase the risk of statelessness – even for those who held a nationality prior to displacement. Refugees may lose their identity documents and be unable to prove the bond with their home country. Being undocumented does not equate to being stateless, but it makes it challenging to prove nationality and increases the risk of statelessness. This is particularly the case in protracted situations of displacement, when it becomes even harder to maintain legal links with the country of origin over time and as new generations grow up in exile.

Children born abroad to refugee parents can be at risk of statelessness, for instance due to conflict of nationality laws between the host country and the country of origin. These children become stateless when parents cannot fulfil the conditions for nationality set out in their country of origin’s nationality law (e.g. by producing identity documents, a marriage certificate or registering the child’s birth) and the host country does not provide for a safeguard in their law to ensure that stateless children born on their territory acquire a nationality. More on the risk of statelessness, especially for children born in exile, in the Syria refugee context can be found here.

Why proof of links to a country is so important

Whether a person is considered as a national or not is a mixed question of law and fact. Sometimes an objective reading of the nationality law would lead to the conclusion that a person is a national (i.e. because the requirements to acquire nationality have been met), but the state nevertheless considers him or her to be a foreigner. Only the competent body of the country in question has the authority to interpret the law and recognise a person as a national. This is why evidence of a person’s links with a state can be so critical: if he or she cannot demonstrate to the competent body that the conditions for acquiring the nationality have been met (for instance, there is no evidence of the link to a father who holds nationality), this can result in the person not being considered a national. Birth registration plays a particularly important role in helping people to establish their nationality. In situations of displacement, ensuring that every child’s birth is registered is a key way to help prevent cases of statelessness.

Being a refugee and stateless can make people more vulnerable to harm and less likely to seek or benefit from support. The conventional humanitarian response may not adequately identify, understand and respond to the uncommon situation of stateless people who are forcibly displaced. This leaves them at increased risk compared to non-stateless refugees. For example:

More on the situation of stateless refugees, displaced by the conflict in Syria, can be found here.

On the nexus between statelessness and displacement: 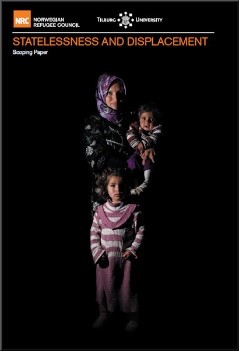 On identity documents in displacement contexts: 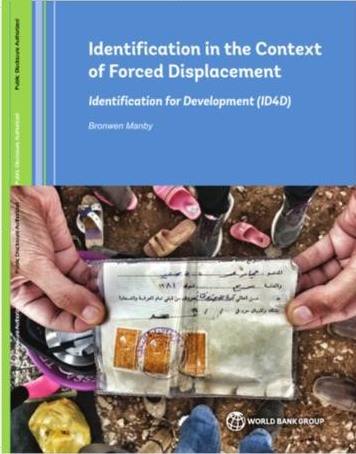 Identification in the context of forced displacement, B. Manby for the World Bank, 2016